In-situ pore pressure studies in the Koyna region and reservoir triggered seismicity: The Koyna region is located in the Deccan Traps of western India. It is an area of persistent artificial water reservoir triggered seismicity (RTS) in the vicinity of the reservoir for the past 50 years since the impoundment of the Shivajisagar lake in 1962. The largest RTS earthquake so far - M6.3 on 10 Dec 1967 - occurred in the Koyna area.

Geophysical observation activities in the Koyna region started in 1995 by an Indo-German research cooperation supported by the German DLR (Internationales Büro) and the Indian CSIR (Center of Scientific and Industrial Research).

The presence of fluids and pore pressure fluctuations are believed to play a significant role in earthquake mechanics. This appears to be particulary true for reservoir triggered seismicity (RTS). A collaborative project in the Koyna area, West-India, has been set up where RTS is ongoing for 50 years and is highest in the world. Starting in 1995, an array of observation wells has been drilled 130 to 250 m deep into the stratified Deccan trap basalts around Koyna and equipped with digital pressure transducers for quasi-continuous monitoring of well level changes. The overall objectives were to provide high quality data on in-situ pore pressure in a prominent RTS environment, to make a substantial progress in understanding this extraordinary case of RTS, and to add to the knowledge of conditions under which seismicity in stable continental regions may become critical, and thereby to contribute to a better assessment of seismic risk, in general. 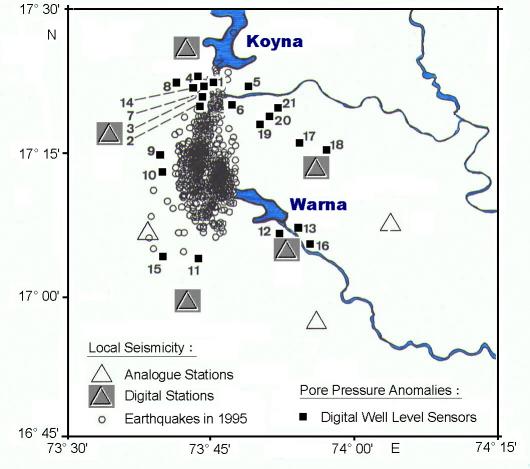 Fig. 1: Seismicity in the Koyna Region 1995 with sites of seismic stations and of wells for continuous monitoring of in-situ pore pressure fluctuations (H.-J. Kümpel, after B.K. Rastogi, NGRI).

The total array consists of 21 wells (Fig. 1). It was completed in summer 1998. Recordings have been screened for (dis)similarities between anomalies in any of the well level signals and for coherences with changes in the reservoir level and local seismicity. The data collected from the first 13 wells indicate that the basalts are water saturated below some 10 m. Moreover, artesian conditions and tidal well level signals high above the noise level reflect confined aquifer conditions at most sites. This gives evidence of remarkably tight formations at rather shallow depths, favourable for the detection of pore pressure anomalies induced by tectonic or reservoir related forces.

These activities lead to a recently initiated scientific deep drilling program, see ICDP program DEEPAK. It is the goal of the deep drilling project, to understand the genesis of reservoir triggered earthquakes in an intraplate geotectonic setting. 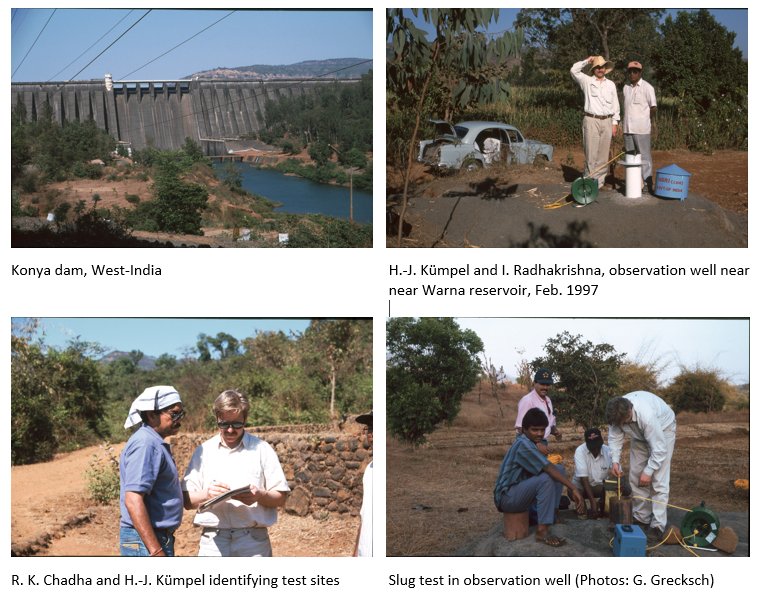