Real-time magnitude assessment from statistical analysis of strong-motion accelerograms: To provide a short-term warning of ground shaking from strong earthquakes, the source parameters have to be determined rapidly and sufficiently reliable. To mitigate the damage, various actions could be initiated automatically, but only if the seismic source parameters are determined rapidly. Location and origin time of an earthquake can be assessed rather well. The major problem of an early warning system seems to be the real-time estimation of the earthquake's size.

Based on the 1933 to 1986 data set provided by the U.S. Geological Survey in 1992, we investigated digitized strong-motion accelerograms from more than 200 earthquakes in North- and Central America (Fig. 1) to find out, whether their initial portions reflect the size of the ongoing earthquake. Applying conventional methods of time series analyses we calculated various signal parameters, the peak acceleration, the predominant frequency and the related Fourier amplitude, from the first second of each accelerogram and describe their variability in relation to epicentral distance, magnitude and peak acceleration.

Multilinear regression analyses, based on an empirical relation between various signal parameters, reveal that the magnitude of an ongoing earthquake can be predicted from the first second of a single accelerogram within ±1.36 magnitude units with 95% statistical probability. The resulting magnitude estimate M is given by 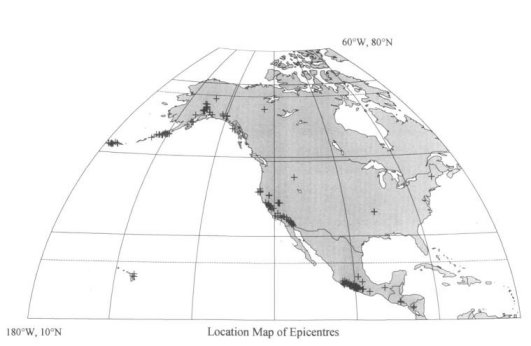 Fig. 1: The statistical analysis is based on 850 3-component accelerograms from more than 200 earthquakes (Map by K. Lehmann) 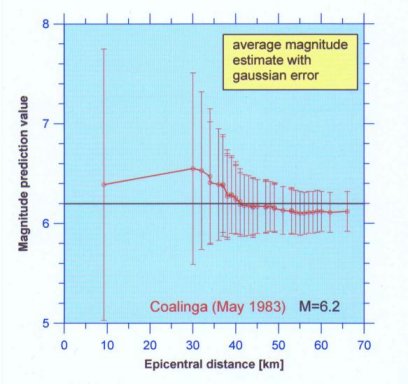